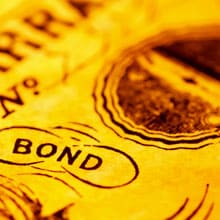 All about Government Savings Bonds

Demonetization has severely impacted every business and many businesses are in fear of shutting down which could result into rise in NPA?s of banks, further, bank accounts are filled with hefty money on which banks have to give interest. Both these factors forces banks to decrease interest rates on Fixed Deposits.

So why to stick with same old investment option with lesser interest? It?s time to think out of the box.

What are Government Savings Bonds?

Individual Investors either individually or jointly or on behalf of minor can invest in Government Savings Bonds. Further, Hindu Undivided Family (HUF), Charitable Institutions and Universities are also eligible for investment in GSBs. However, NRIs are kept out of eligible investors list.

Investment in Government Savings Bonds gets locked-in for 6 years from the date of issue, with no pre-mature withdrawal option like PPF, EPF etc. The amount will be withdrawable only after 6 years i.e. on maturity date. In case the bond is not redeemed after maturity, no interest would accrue after the maturity of the bond.

The minimum investment amount under Government Savings Bonds are kept as low as Rs.1,000 (face value) and in multiples thereafter. There is no maximum limit of investment.

The investment can be made via cheque, draft or cash. Cheques or Drafts should be drawn in favour of receiving office and payable at the place where the applications are tendered.

GSBs cannot be transferred to any person however, nomination facility is available.

GSBs are not tradable in the secondary market aka stock market and cannot be kept as a collateral security for taking loans from banks, NBFS, MFI etc.

There are no tax benefits attached to the Government Savings Bonds in terms of deduction of investment or rebate in interest accrued. Investment made under GSBs cannot be claimed as deduction like NSCs, SCSS, ELSS, ULIP etc. under section 80C.

Interest accrued from GSBs is taxed as any other income without any benefit or rebate. It is added under Income from Other Sources and taxed as per applicable slab rate. ?Government vide Notification No. F 4 (10) ? W&M / 2003 dated 13th January 2004 has clarified that no tax shall be deducted in form of TDS and investor is required to pay tax on the interest earned/accrued.

Under cumulative bond option accrued interest should be added to the income and taxed accordingly.

Should you Invest in Government Savings Bonds?

Government Savings Bonds fetches interest at 8 percent per annum (pre-tax) which at currently exceeds interest provides by almost every Bank Fixed Deposits. Keeping in mind the safety of investment only tax-free bonds stands above GSBs but unfortunately no issue of Tax-free bonds are currently open for subscription. Since tax-free bonds are traded on exchanges so can be bought from secondary market but buying will attract certain charges such as brokerage, STT etc. Thus investor would be better off buying tax-free bonds than GSBs. However, one needs to keep in mind the time period of the bonds which in case of tax-free bonds is generally 10 years to 15 years.

7 thoughts on “Time to Invest in 8% Government Savings Bonds”